This year we need your help to raise:

So far between us we have raised: 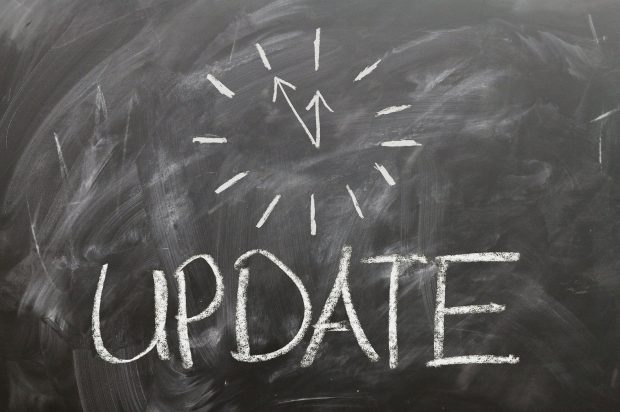 Update from our Chair of Trustees, January 2021

In March of last year, at the start of the first Government lockdown, I did not think that ten months later Covid19 would still be dominating the way we live and sadly, in too many cases, the way we die. We are now in the middle of a third lockdown, isolating from our families and friends, and still the number of people dying is increasing. However, I do believe that there is light at the end of this very dark tunnel. The number of infections is beginning to decrease which will, in turn, see hospital admissions and deaths decrease over the coming weeks. The UK is leading the way in developing and delivering vaccines. Over five million people have been vaccinated so far and the number of daily vaccinations is now exceeding the number of infections.

I hope in the midst of this continuing pandemic you and your families have remained safe.

In March 2020 we expressed our deepest concerns regarding the financial well-being, and survival, of CancerHelp as its income streams dried up. I am therefore pleased to report that those fears have not been realised.

The draft Annual Accounts for the year ended 30th September 2020 will show that the charity broke even. It is possible, depending on the receipt and allocation of a legacy, that this may become a small surplus. I have to say that this result is based on the efforts of a number of people whose hard work requires some recognition. First and foremost our Treasurer, Rachel Mallett. Last year, Rachel devised and implemented a financial survival plan that secured income from central and local Government, private charitable trusts, national charities and private donors. That income has totalled over one hundred thousand pounds. I’m sure Rachel would be the first to say that this would not have been possible were it not for the support of a number of other people. That group has been led by CancerHelp’s General Manager, Jeanette Smalley, and the charity’s senior managers. Between them they have ensured funding applications have been made, income has been realised and expenditure minimised. The charity’s staff have also played their part in accepting furlough when asked, using holiday entitlement and returning to work, when needed.

Beyond the internal operation of the charity, volunteers have stepped forward to help reopen Vine House and the shops, as restrictions have been lifted. The Friends Group has continued to raise money, including several thousand pounds from a Christmas Auction.

Our gratitude is due to all those involved.

I can also report that the principles we established to safeguard the charity last year, have been continued into this year with similar success. In the three months to the end of December 2020, quarter one of the new financial year, the charity broke even. Looking forward, with access to extended Government support, the forecast for quarter two looks equally positive.

However, thereafter the future begins to look less certain as we run into quarter three in April. Hopefully the impact of the virus on our communities will be declining but, if that is the case, it is likely that much of the support the charity has received will be withdrawn. Increasingly, the charity will need to stand on its own two feet and generate sufficient income to cover its full costs. That will not be straightforward as its shops will not be fully operational, fund raising will still be challenging and access to grants will be more difficult.

I apologise for the significant focus on financial matters but such is the current situation we cannot do otherwise. Without sufficient income the charity ceases to exist. It is as simple as that.

That is not to ignore the core purpose of the charity which is to provide support to cancer patients and those, including children and young people, suffering the effects of bereavement. There is no doubt that it has been an incredibly difficult year for those who wish to access the support provided by the charity. Many have had to shield, to protect their lives, and many have the additional concern for their mental well-being. This has resulted in a fluctuating demand for the charity’s services, an increase in missed appointments and a need to be flexible in the format of service delivery. Counselling has been delivered both face to face and remotely, depending on the needs of the service user. Even a limited range of complementary therapies have been made available. Central to all of this is the safety of both the service user and the service provider. Jeanette and her team have implemented safe systems of access and service delivery in Vine House, including risk assessments and compliance with Covid safe systems of work. The service delivery teams have reported an increase in the number of challenging and complex cases, possibly driven by a deterioration in mental well-being. The charity has also had to react to changing government restrictions and guidelines. Recently Vine House had to be closed to service users, complementary services suspended and service delivery largely returned to telephone or video.

Throughout all this, the service delivery teams have been fantastic – ensuring all those who have sought CancerHelp’s support have received it.

“The change in me is so amazing. Thank you”

“When anxiety comes, when the world is tough, I now have a tool box to cope rather than spiral”

To all who have supported the charity through these difficult times please accept my personal gratitude and that of the Trustees of CancerHelp.